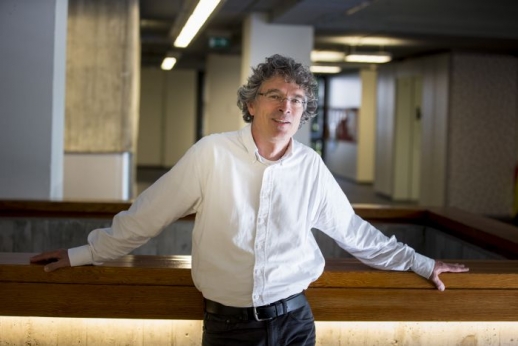 Posted at 13:52h in News by Celia Nijenhuis
Share

The creation of blood cells and the cells involved in our body’s immune reaction is more complicated than scientists have assumed until now. The stem cells for all blood and immune cells differentiate into five different types of precursor cells, instead of the two that scientists have identified. That is the result of research conducted by Dr. Leila Perié during her Marie Curie Fellowship under the supervision of Prof. Rob de Boer from Utrecht University and Prof. Ton Schumacher from the Netherlands Cancer Institute. The results are published in Cell on 17 December.

“This discovery not only changes the classic image presented in textbooks. A good insight into this process is important for immunotherapy, stem cell transplantation and patients who suffer from defects in the formation of blood cells”, according to Rob de Boer, Professor of Theoretical Biology at Utrecht University.

In immunotherapy, the patient is administered drugs that reinforce his or her own immune system, so that it can better destroy the tumour cells. “Insight into the creation of the various types of cells that play a role in the immune response is therefore a vital precondition to stimulate the immune system to attack the tumour cells”, according to Dr. Leila Perié. “However, we don’t know enough about the process from stem cell to the creation of specialised blood cells and immune cells.”

Perié therefore studied the first phase in the creation and renewal of blood cells and immune cells. To do this, she used a marking technique developed at the Netherlands Cancer Institute, which is a kind of ‘barcode’ to follow the creation of an individual cell. Specialised blood cells and immune cells all derive from a single type of cell called the hematopoietic stem cell.

Until now, scientists had thought that hematopoietic stem cells only divided into two types of precursor cells: one that develops into lymphocytes and another primarily for red and certain white blood cells. “But in reality, the family tree of blood cells and immune cells is much more complicated”, according to Perié. She will use the expertise developed during her Marie Curie Fellowship for the quantitative approach for immunohaemotology and set up her own research group at the Institut Curie in Paris.

“Leila’s fellowship is an excellent example of the new quantitative biology”, explains Prof. Rob de Boer from Utrecht University. “She had just earned her PhD. in immunology and wanted to learn how to use mathematical models to better understand complex immunology issues. Increasing numbers of life science researchers need to cooperate with theoretical biologists and bioinformaticists in order to retrieve the answers to their research questions from the large amount of data available.” Together with statistician Prof. Ken Duffy from the Hamiton Institute in Ireland (now on sabbatical at the Massachusetts Institute of Technology), Prof. De Boer played an important role in the complex mathematical and bioinformatical analysis of the barcode data. The two have already published articles about their work in Cell Reports.