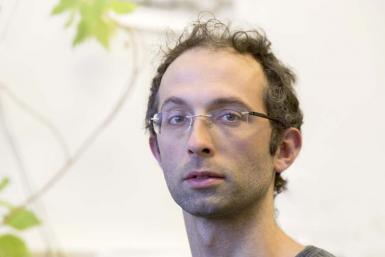 Posted at 14:38h in Home, News by Celia Nijenhuis
Share

The International Committee on Taxonomy of Viruses (ICTV) has announced a fundamental change to the way viruses are systematically classified. The new taxonomy system allows scientists to classify viruses in a hierarchical structure similar to that used for cellular organisms, like animals, bacteria and plants. The ICTV describes their decision and its implications in a Consensus Statement in the scientific journal Nature Microbiology.

For viruses, there are now fifteen such ranks ranging from species (closely related) to realms (very distantly related). This fifteen-rank viral taxonomy is the result of multi-year deliberations by the ICTV.

The majority of new ranks were introduced to reveal connections between distantly related viruses which were not considered in the original taxonomy that was almost 30 years old.

“Until about a decade ago, we only had genomic information from a few thousand viruses; mostly different variants of a handful of viral species known to infect humans, animals, or plants. Advances in metagenomics now allow us to discover thousands of new viruses in the most exotic species, and even discover environmental viruses that infect micro-organisms. This leads to a wealth of new genome data that allows us to see connections between viruses that we could not see based on the limited information we had before. These connections need to be classified if we want scientists to use them”, explains co-author Bas Dutilh, assistant professor Bioinformatics at Utrecht University and member of the ICTV Executive Committee.

The authors believe that the new structure of virus taxonomy will stimulate further research on virus origins and evolution. To illustrate how the new system will benefit the medical community, the authors compare the taxonomies of human Ebola virus, severe acute respiratory syndrome (SARS) coronavirus and herpes simplex virus 1. Alexander Gorbalenya, emeritus professor at Leiden University Medical Centre (LUMC) and first author of the study explains: “This comparison shows that these viruses, although all capable infecting humans, are vastly different taxonomically on biological grounds. For instance, the human Ebola virus and SARS-CoV are as much distant to each other as would humans and yeast in the taxonomy of cellular life forms.”

With the ongoing coronavirus pandemic, there is a lot of attention for viruses. Bas Dutilh explains more about the origins and ancient evolution of viruses in his recent interview with NEMOKennislink.