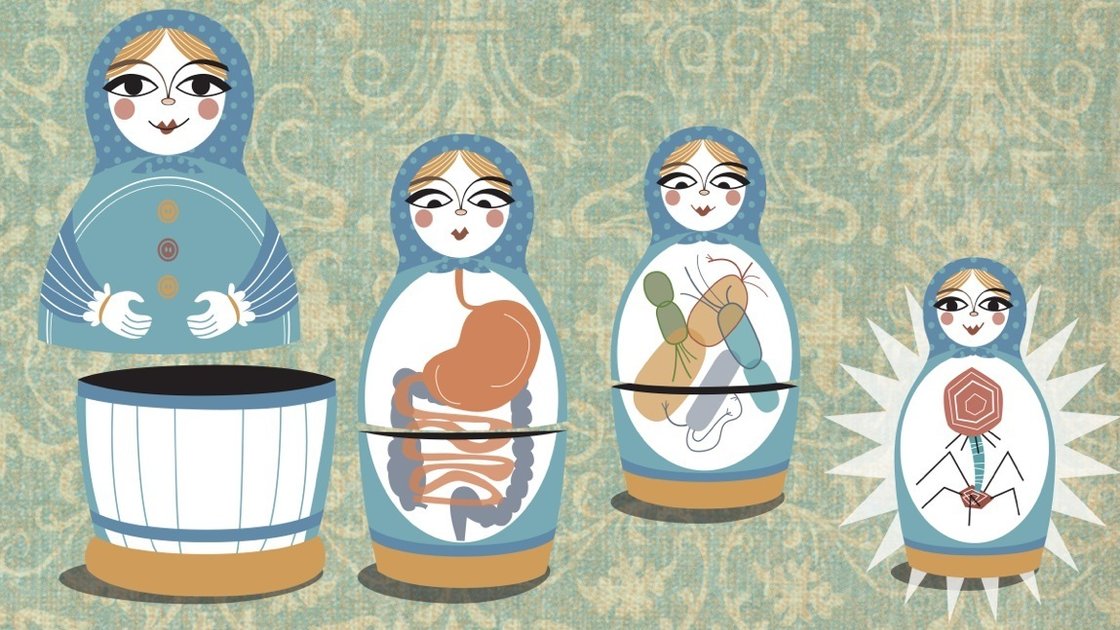 Odds are, there’s a virus living inside your gut that has gone undetected by scientists for hundreds, and possibly hundreds of thousands, of years. A new study led by Utrecht Bioinformatics Center scientist Dr. Bas E. Dutilh has found that more than half the world’s population is host to a newly described virus, named crAssphage.

Dr. Dutilh and his colleagues at San Diego State University, stumbled upon the discovery quite by accident. They re-analyzed publicly available DNA sequencing datasets of whole communities of micro-organisms living in the gut (metagenomes) to screen for DNA sequences that were shared by many people. In the viral DNA isolated from fecal samples from twelve different individuals, they noticed a particular sequence that all the samples had in common, but was completely unlike any previously known organism. After further de novo assembly of the metagenomic reads, they obtained a genome of 97,065 nucleotides long (ten times the size of the HIV genome). Most of the crAssphage genome sequence is completely unlike any known organism, which is why the virus was not discovered before. However, a few of the proteins encoded on the genome are similar to bacteriophage proteins, viruses that infect and replicate inside bacteria. They named the virus crAssphage, after the software program crAss that was used to discover it. Using additional innovative bioinformatic techniques, they predicted that this crAssphage infects the common gut bacteriaBacteriodetes.

The researcher team then screened for the virus across large databases of publicly available metagenomes, including the National Institute of Health’s Human Microbiome Project (HMP), and Argonne National Laboratory’s MG-RAST database, and found that crAssphage was present in high abundance in samples derived from human feces, but practically absent in metagenomes from other environments. In fact, crAssphage was detected in 73% of the human gut-derived metagenomes from people around the world. “It’s exceptional to find a virus shared by so many people,” Dutilh said. “Until now, we thought that the viruses in our gut are highly specific to an individual, but these results show that the contrary can be true: viruses exist that are highly conserved between totally unrelated people. What is more, based on the available DNA sequencing information from fecal samples around the world, crAssphage is over six times more abundant than all the previously known bacteriophages put together.”

The discovery was highlighted in many media worldwide, including articles about crAssphage by the BBC (http://www.bbc.com/news/health-28440006), Die Welt (http://www.welt.de/gesundheit/article130589253/Forscher-entdecken-bisher-unbekanntes-Darm-Virus.html), Forbes (http://www.forbes.com/sites/jvchamary/2014/08/02/crassphage/), IFL Science! (http://www.iflscience.com/health-and-medicine/newly-discovered-gut-virus-least-half-all-humans), National Geographic (http://phenomena.nationalgeographic.com/2014/07/24/why-has-this-really-common-virus-only-just-been-discovered/), New Scientist (http://www.newscientist.com/article/dn25954-the-superabundant-virus-controlling-your-gut-bacteria.html), NRC (http://www.nrc.nl/handelsblad/van/2014/juli/28/net-ontdekt-virus-dat-in-darmen-van-de-halve-wer-1405975), and the National Public Radio (http://www.npr.org/blogs/goatsandsoda/2014/07/24/334089538/globe-trotting-virus-hides-in-people-s-gut-bacteria), among many others. The name of the new virus also received attention on Twitter (https://twitter.com/crassphage). As a result of this storm of media attention, the impact of the open access Nature Communications publication (http://www.nature.com/ncomms/2014/140724/ncomms5498/full/ncomms5498.html) was ranked in the top-99th percentile of all measured articles based on the Altmetric score.