Evolution of Functional Diversification within Quasispecies 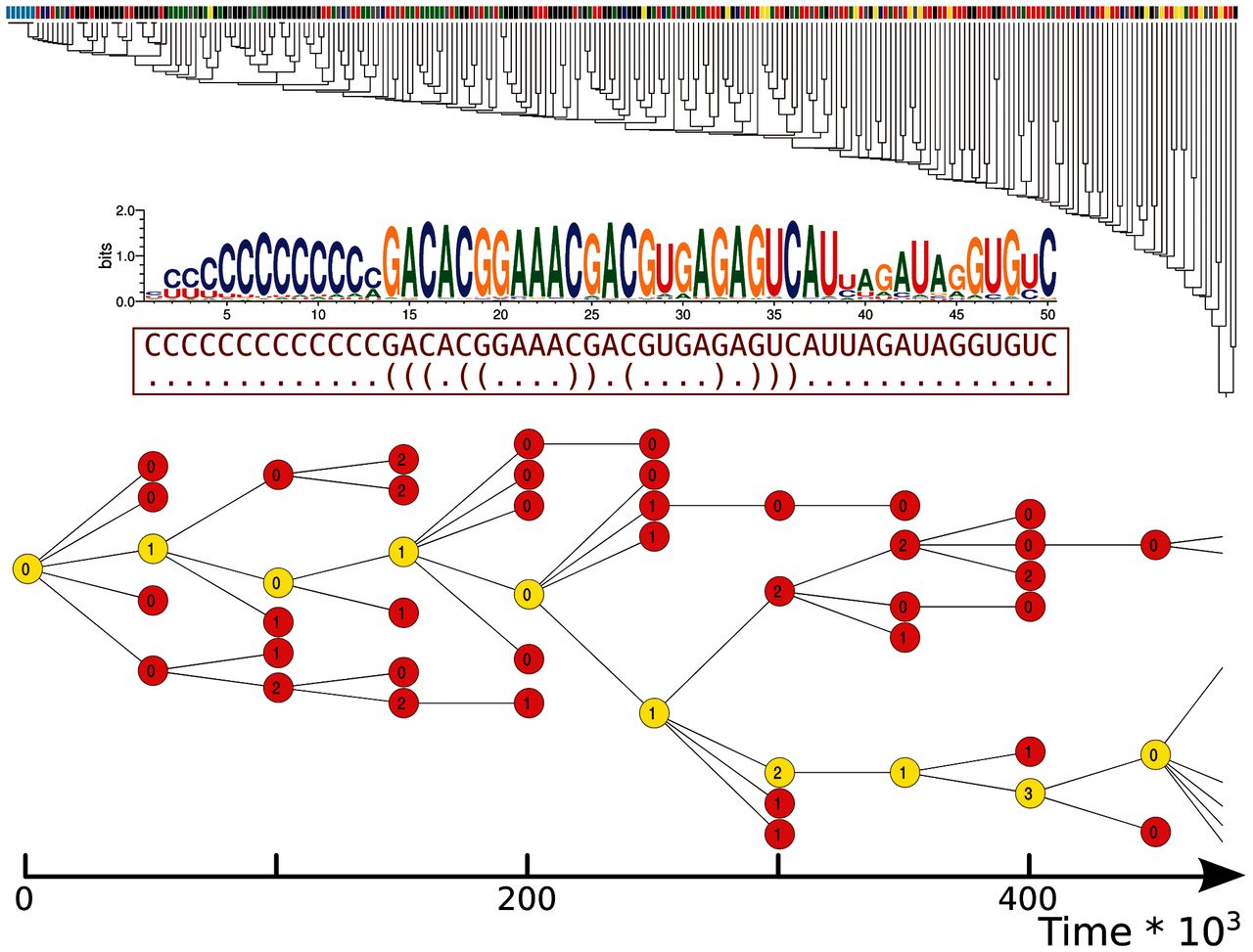 According to quasispecies theory, high mutation rates limit the amount of information genomes can store (Eigen’s Paradox), whereas genomes with higher degrees of neutrality may be selected even at the expenses of higher replication rates (the “survival of the flattest” effect). Introducing a complex genotype to phenotype map, such as RNA folding, epitomizes such effect because of the existence of neutral networks and their exploitation by evolution, affecting both population structure and genome composition. We reexamine these classical results in the light of an RNA-based system that can evolve its own ecology. Contrary to expectations, we find that quasispecies evolving at high mutation rates are steep and characterized by one master sequence. Importantly, the analysis of the system and the characterization of the evolved quasispecies reveal the emergence of functionalities as phenotypes of nonreplicating genotypes, whose presence is crucial for the overall viability and stability of the system. In other words, the master sequence codes for the information of the entire ecosystem, whereas the decoding happens, stochastically, through mutations. We show that this solution quickly outcompetes strategies based on genomes with a high degree of neutrality. In conclusion, individually coded but ecosystem-based diversity evolves and persists indefinitely close to the Information Threshold.