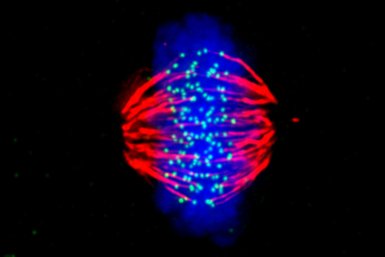 Utrecht biologists are awarded a prize by the prestigious American National Academy of Sciences. They will receive the Cozzarelli Prize for their publication in PNAS in 2019, in which they unravel the evolutionary history of a central protein complex in cell division. That was announced by PNAS on March 10.

The Cozzarelli Prize is awarded annually by the National Academy of Sciences to six research teams whose PNAS articles have made outstanding contributions to their field. Each team represents one of the six classes of the National Academy of Sciences. Berend Snel, Eelco Tromer, Jolien van Hooff and Geert Kops, are awarded the prize in the field of Biological Science for their publication Mosaic origin of the eukaryotic kinetochore.

It is the first time that Utrecht scientists win this prize. It comes at a special moment for the bioinformatic researchers: “We are especially happy since this year we are celebrating 50 years of coining the term bioinformatics. In this context we think it is especially fortunate and fitting that we win this prize with a purely bioinformatic study on evolution”, says Berend Snel of Utrecht University.