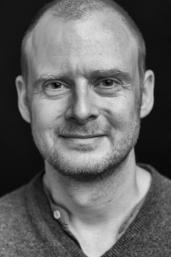 The Executive Board of Utrecht University has appointed Dr. Alexander Schönhuth as Professor of Genome Data Science. His appointment will reinforce both the interdisciplinary bioinformatics and data science research, conducted within the Utrecht Bioinformatics Center, Utrecht Life Sciences and Applied Data Science.

Alexander Schönhuth (1971), is a leading expert in the field of bioinformatics and data science. With his background in mathematics – unusual in the field – he has played a major role in the development of new algorithmic methods. Schönhuth leads the Genome Data Science research team at the Centrum Wiskunde & Informatica.

Prof. Schönhuth has used the Vidi grant he received in 2013 to make an important contribution to the ‘Genome of the Netherlands’ project. Some of his results have been published in high-impact journals, which is exceptional for articles on computer science research.

This Vidi research project, ‘A Dutch Encyclopedia of Genetic Variation’, focuses on promising new statistical methods for uncovering differences in DNA. Schönhuth uses these methods to track down structural variations among the terabytes of genetic data generated by the Genome of the Netherlands research, especially those for genetic variants that are difficult to differentiate from one another.

Schönhuth studied Mathematics at the University of Cologne in Germany, and earned his PhD there at the Centre for Applied Computer Sciences, where he first became acquainted with the field of bioinformatics and data science. He continued his career in that field, first as a postdoc at the Simon Fraser University in Canada, and then at the University of California in Berkeley. In 2010, he accepted an offer by the Centrum Wiskunde & Informatica in Amsterdam.

Schönhuth will join the Bioinformatics group led by Prof. Berend Snel, and will work with the Utrecht Bioinformatics Center and Utrecht Life Sciences. In this post, he will contribute to the faculty’s research and educational efforts. Prof. Schönhuth has earned a reputation as a committed lecturer, and has acted as co-promotor for four PhD candidates.