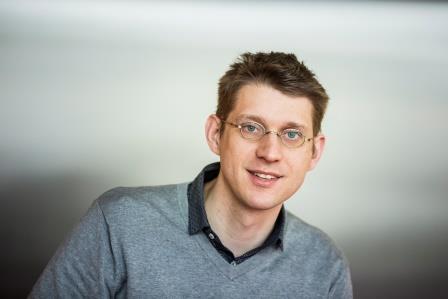 Posted at 10:08h in News by Celia Nijenhuis
Share

Berend Snel, Professor of Bioinformatics at Utrecht University, has been awarded a Vici grant of 1.5 million Euros. Prof. Snel aims to use the Vici grant to determine whether there is a system behind the phenomenon of similar genes fulfilling different functions in different organisms. This will eventually make it possible to make better predictions as to the function of genes in an organism based only on DNA research. Of the 215 researchers who submitted a grant proposal to NWO, only 32 were honoured with a grant.

It’s so easy to sequence an organism’s complete DNA today that we are almost drowning in genome sequences”, Prof. Snel explains. “But it takes one to four years to determine the function of a gene. So we use databases to see whether a gene corresponds to a gene with a known function in a different organism. If they are statistically similar enough, we assume that they do the same job. This is a good and successful approach, but there are some cases where it is clear that you can’t simply copy the function.”

Snel now has several examples of these kinds of exceptions as a result of research conducted in partnership with cell biologists. With his Vici grant, he wants to study whether these exceptions are truly exceptions, or do they follow some kind of rule. “For example, it is already clear that some genes code for proteins that are multifunctional. Sometimes they perform function A with protein A, and another function with protein B – or sometimes both. So you could say that the rule is that the function is dependent on the presence of genes that code for proteins A and B.”

The logic of diversity

The most important question for Snel is: how to evaluate function? What is the logic behind the diversity of genes? Because for the moment, it seems that there is no logic, as he said during his oration last year. For example, how can we explain that the gene package of primitive moulds more closely resembles that of humans than of modern moulds, such as baker’s yeast? His goal is to fill in hundreds of thousands of genes in the ‘tree of life’. “Only once we understand why a gene was replaced by another gene during evolution can we understand the function and operation of the tiny machines in our cells – the proteins – for every genome.”

Prof. Berend Snel is one of the leaders of the research focus area Integrative Bioinformatics of Utrecht University. This brings together Utrecht-based research groups with varied areas of bioinformatics expertise in the Utrecht Bioinformatics Centre (UBC). The centre facilitates the exchange of techniques and expertise from the fields of biology, chemistry, physics, computer science and mathematics.

Vici is part of the NWO Innovation Stimulus programme, which consists of Veni, Vidi and Vici grants. NWO provides these subsidies to offer scientists the opportunity to conduct ground-breaking research at various stages in their careers. The Innovation Stimulus is intended to encourage scientific talent. It is an impulse for the Vici researchers, and it also creates opportunities for a large number of young researchers who work in their research groups.