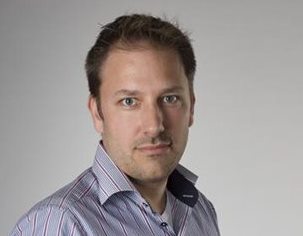 Posted at 15:17h in News by Celia Nijenhuis
Share

NWO has awarded a Vidi grant to dr.ir. Jeroen de Ridder (UMC Utrecht) for his proposal entitled: DNA mutations in three dimensions. A Vidi grant is worth 800,000 euros and enables talented researchers to develop their own innovative line of research and set up their own research group.

Dr. ir. Jeroen de Ridder summerizes his research in a few lines as follows. “In the search for human disease-causing mutations it is often assumed that DNA is a straight line. In reality, DNA is three-dimensional. Therefore important mutations go unnoticed. We will create an atlas of the shape of DNA to enable improved discovery of disease- causing mutations.”

Vidi is geared towards excellent researchers who have several years of conducting successful research after earning their PhD. These scientists are among the best 10 to 20% in their field. In total, 590 researchers in the Netherlands submitted applications, but the NWO only honoured 89 of them with grants. Of these, 11 went to researchers affiliated with Utrecht University or UMC Utrecht.